Quezon City, PH –     A Memorandum of Agreement was signed between the Commission on Higher Education (represented by CHED Chairperson and PCARI Project Director Dr. Patricia B. Licuanan) and University of California Los Angeles campus (represented by UCLA Chancellor Gene D. Block) held at the Office of the President, Quezon Hall, UP Diliman, last June 18, 2016.

The Philippine government, through CHED and its PCARI project, and the United States of America government, through UCLA, agreed to broaden and expand relations between the scientific and technological communities in both countries through research partnership.

UCLA, ranked 13 among the world’s top 100 universities (London Times Higher Education), is home to several institutes that encompass trans-disciplinary and implementation science approaches in solving a variety of issues such as health system strengthening, climate change, and food security. The world-class expertise of UCLA in PCARI priority areas of Health Innovation and Translational Medicine and Information Infrastructure Development will establish strong linkages and enhance research capacity of selected Philippine HEIs.

More photos on the MOA signing between CHED and UCLA below. 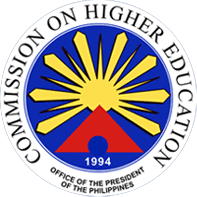